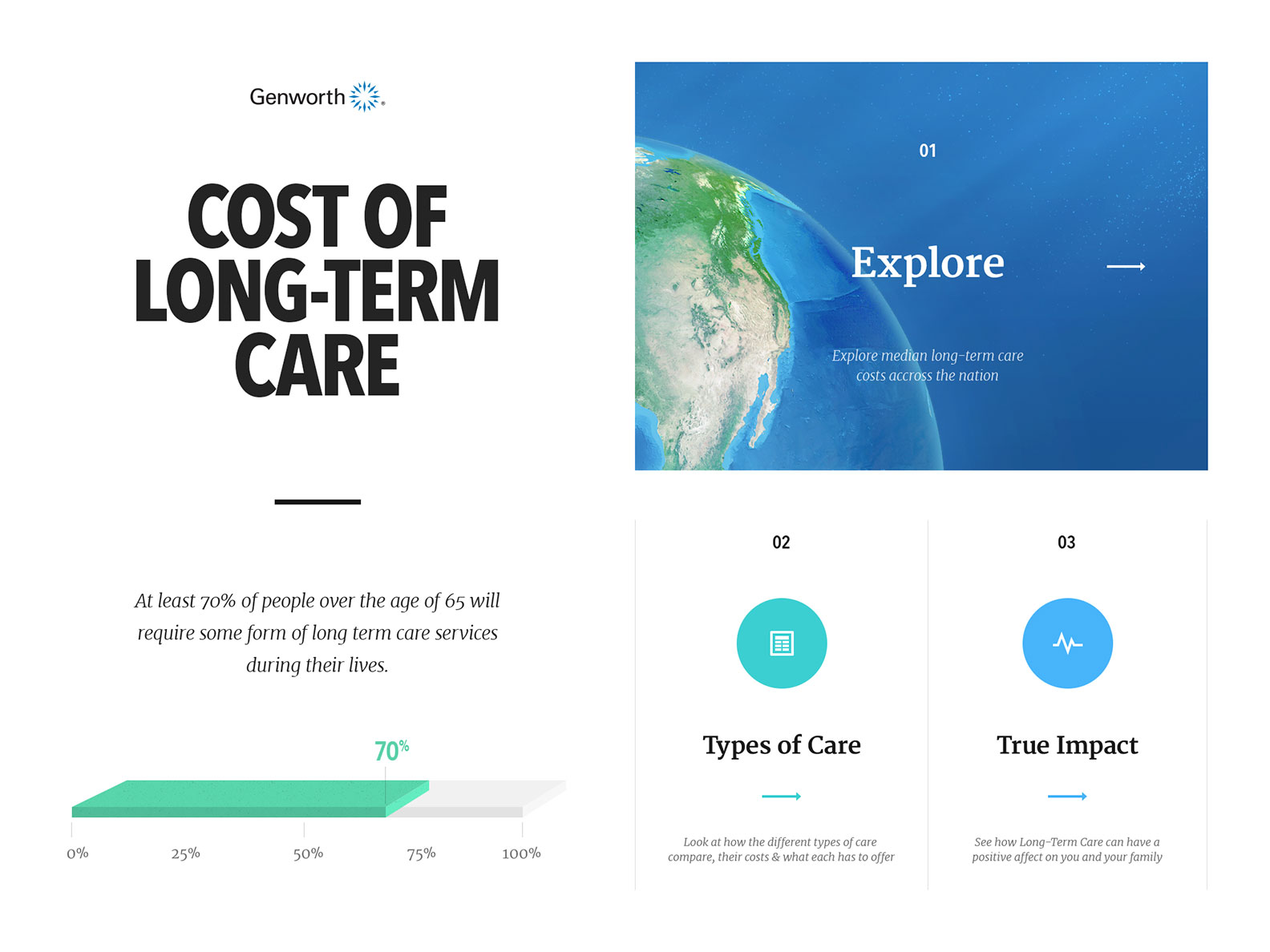 In December 2015, a previous colleague from the (now dissolved) Nokia Advanced Design team reached out to us for a new collaboration. Genworth, a multi-billion dollar healthcare company, wanted a simple app to be used to initiate conversations surrounding costs with long-term health care. We were tasked with what some might say, the impossible. We had only two weeks to design and build an iPad app powered by a simple JSON file. Due to the time constraints of the project, we were concerned about potential limitations using a 3rd party mapping API. Instead, we opted to use some OpenGL that Youfind4’s own, Wes Pearce, had written a year prior.

Wes was confident it wouldn’t take long to build the functionality that would allow tappable 3D visualizations. After the app was complete, users were able to zoom and tap on 500 different cities and 50 states that contained data. Once a user tapped a city, they could view a detailed screen breaking down the median cost of different long-term health care options. Users could then filter and adjust the years in order to see how much they could expect costs to rise over time. Additionally, users had the ability to compare two cities or states side-by-side. This provided more context for how locations differ in terms of cost. The app was a huge success at CES, and Genworth couldn’t believe the results in only two weeks.

The Cost of Care was a mashup of data visualizations and editorial content. As such, we wanted to choose a primary typeface that would help bridge the very classic feel of Genworth’s primary typeface, Merriweather, with the more modern, high-tech feel of our data visualizations. Eventually, we landed on Avenir Next Condensed because its geometric foundation and slimmer character width created a nice contrast with Merriweather’s wider characters.